One woman in war torn Afghanistan

October 7th marks the start of the US led invasion in Afghanistan in 2001. Yet well before the events of that year, Afghanistan had been in turmoil suffering from decades of power struggles, invasions and civil war.

Nine years earlier, in 1992, Oxfam worker Eileen Masters volunteered for a six-month assignment to sort out a field office’s finance systems. The office she was sent to was in Kabul, Afghanistan. Without the kind of communications and immediate information we take for granted today, Eileen didn’t know until she arrived exactly how bad the situation was in the war torn city.

We asked Eileen more about her experience and her memoir A Dangerous Place to Picnic – an aid worker in Afghanistan.

Although based in Oxfam’s HQ in Oxford at the time your memoir starts, where did your work take you?
I have worked for aid agencies in Afghanistan, Pakistan, Mozambique and for a short while in the former Soviet republic of Georgia.

When asked to go to Kabul, did hesitate at all?
Given an opportunity to visit a region of the world I loved, to do work that I loved, how could I refuse? But I failed to update myself on the security situation and found myself travelling into Kabul Afghanistan when most others were fleeing.

What do you hope A Dangerous Place to Picnic gets across to readers?
It's a story that I believe should be told about the insanity of war and the difference between seeing news reports and feeling the shockwaves on your body. War is a major aspect of the lives of millions of people around the world. I believe we should seek a better understanding of its impact on its victims. A Dangerous Place to Picnic gives a personal account of a specific period of Afghanistan's history and an important part of my life that I want to tell to my grandchildren and future generations.

You’re still in contact with people you worked with who are mentioned in your book including the local team in the Kabul office. What did they think of it?
They have read it and were very supportive, it was helpful to get their feedback and know that my memories were also congruent with their view of events. They very kindly gave me quotes I could use and Zia also gave his permission for a picture he had painted and given me to be used as the front cover.

The events you describe took place in 1992, quite a while ago now. Has the experience had any long lasting impact?
The experience of war in Afghanistan has had a deep and lasting effect on me. Even now, more than 20 years later, a sudden noise will make my body flinch and set my mind on alert.
This is, of course, nothing when compared with the suffering of the people of Afghanistan. My admiration for Nafisa and Zia, and all those who live and work in Afghanistan, is beyond words.

You can get A Dangerous Place for a Picnic here 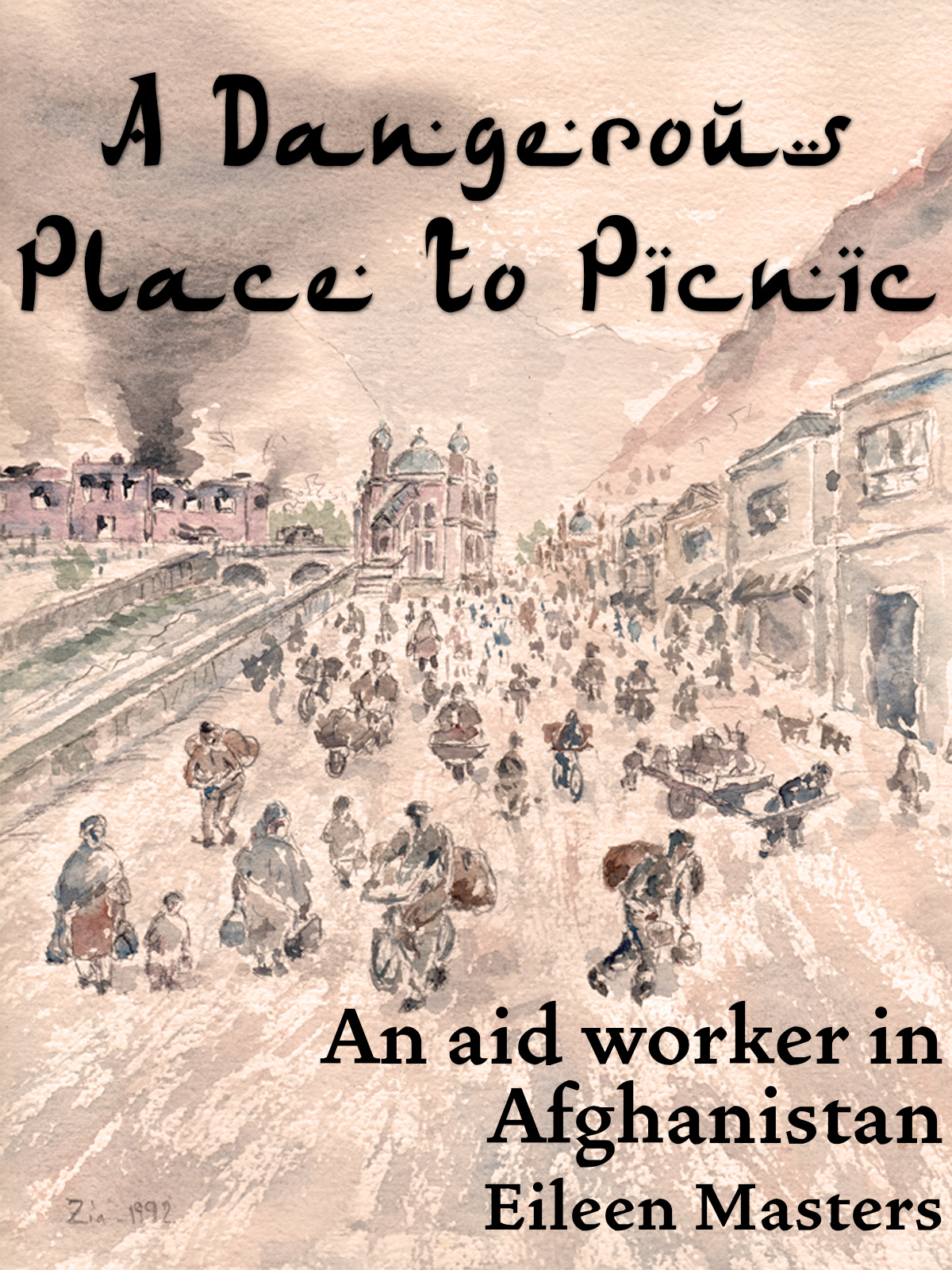 A Dangerous Place to Picnic

In 1992 when an opportunity came up to sort out the accounting systems in an Oxfam office, Eileen Masters was happy to volunteer. This was an assignment with a difference though - the office was Kabul in war torn Afghanistan. When Eileen arrived from Oxford, she discovered the city was under heavy bombardment and many aid agencies were actually evacuating their staff. From being threatened with Kalashnikovs, to lying alone in a bunker while being bombed, Eileen's concerns turned out to be a little more than just sorting the finances out. Working with the local team, including 'Mr Fix It' Zia and the determined Nafisa, Eileen kept invaluable aid support going in the most extreme of circumstances - but would she get home to her family in one piece?