In 2020, Holocaust Memorial Day commemorates the 75th anniversary of the liberation of Auschwitz and the 25th anniversary of the Genocide in Bosnia. The fact that ethnic cleansing has continued is a chilling reminder that the racism and intolerance of the Nazis has never gone away. The dwindling numbers of Holocaust survivors means that there are fewer people remaining who can testify to its atrocities, so it is vital that we carry their baton forward to preserve their stories and make sure their suffering is not forgotten.

The theme for Holocaust Memorial Day this year is Stand Together. Throughout history ethnic minorities have been marginalised in an attempt to divide and rule society. With the rapid rise of the far right in the twenty-first century it is the duty of every public-spirited individual to stand in solidarity with other communities in a shared vision of compassionate humanity. We must challenge the culture of hostility that tries to fragment society in order to create division and stand shoulder to shoulder with our neighbours, regardless of colour or creed.

In Being Krystyna – A Story of Survival in WWII, Krystyna’s son explains how it all starts with intolerance and hostility towards the Jews, and we all know how it ends:
“Who was it who said that they who forget history are condemned to repeat it? I can’t remember, but it is so true, Agnieszka. My mother once told me how it all started in Germany before the war. Resentment against the Jews had simmered away quietly in Europe for centuries, but then the Nazis stoked the fires up and a new kind of hatred took over. It started in small ways at first – people telling jokes about the Jews, making fun of them, and then making them into stereotypes.

“Next thing that happens is people are treated differently, seen as inferior or bad in some way. Then they are dehumanised and it leads to them being excluded from society. Eventually, they are sent to camps and gas chambers and crematoria. We mustn’t forget what happened in Germany, but we mustn’t blame the Germans. It can happen anywhere and it must always be challenged. We can all make a difference just by choosing how we treat the people around us.”

All her life Krystyna feared that the Nazis would return and if you look at what is happening on the world stage now, it seems that she was right. This is why we must all stand together.

In the words of Sir Nicholas Winton who rescued 669 children from Nazi-occupied Europe, “Don’t be content in your life just to do no wrong, be prepared every day to try and do some good.” 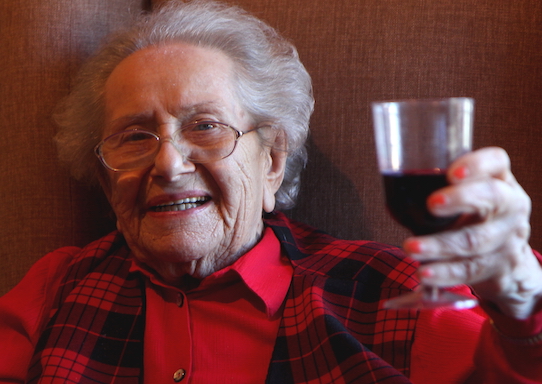 Krystyna was one of the lucky ones who survived